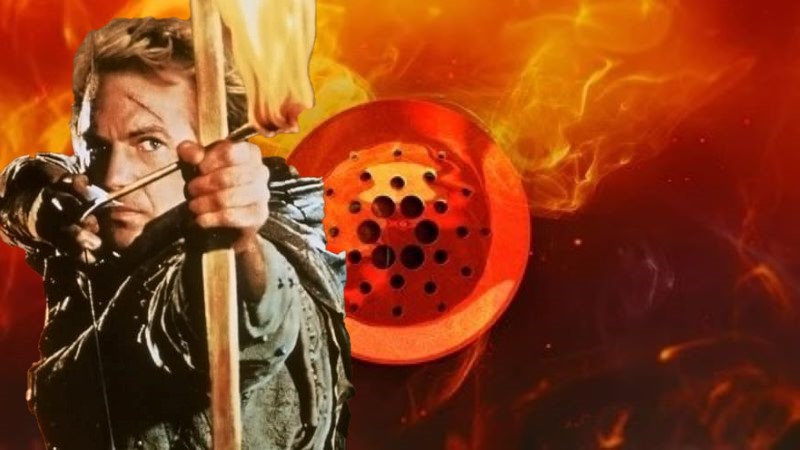 Remember the Robinhood app? The one that stopped all trading of GameStop stock back in January 2021 when said stock was popping off because a bunch of nerds on Reddit banded together to get one over on the big boys?

Well, the brand somehow survived this massive breach of trust and boasts 23 million active users and counting. Don’t ask us to explain it – we can’t.

For whatever reason, Robinhood is still considered not only a viable investment platform but is actually one of the biggest and most trusted such platforms going.

Convenience really must be king.

Anyway, as you’ll recall, the GameStop controversy was a clear driver in the 2021 crypto boom.

Countless erstwhile and nascent stock investors, disenfranchised by the seeming ability for any old investment app to just shut down trading whenever it wants to protect various hedge funds and establishment brokerages, went looking for something different.

They remembered hearing about this “cryptocurrency” thing and how it doesn’t have the same gatekeeping issues that the traditional stock market does.

Crypto, they heard, exists precisely to remove that meddlesome gatekeeping so trading can be organic, demand-based, and user-driven.

So a bunch of people finally got into crypto for the first time, and a bunch of those people bought Cardano. Because Robinhood stole from the poor and gave to the rich, it prompted a measurable resistance.

That’s the prevailing theory, at least.

Of course, since this is Clownworld™, we’ve finally come full circle:

While this should be a boon for Cardano’s “mainstream” legitimacy (ironic as that sounds in context), many ADA holders are probably expecting the news to rapidly push the Cardano price close to its recent high of $0.60 or so.

That’s probably not going to happen. At least, not because of Robinhood.

The ADA price is going to go up in the near future, but this will be the result of the anticipated Vasil hard fork and enthusiasm thereof.

A new exchange listing Cardano – at this point in late 2022 – probably won’t ever have the effect on the asset that, say, the original Coinbase Cardano listing did. That was a big deal, and it was recognized as such immediately.

However, since then, ADA adoption by major exchanges and crypto storefronts has been fairly ubiquitous. A few Johnny-come-latelies won’t have much of an impact in driving up the price.

(Note: The exception to this new rule will be when PayPal, Venmo, and/or other P2P apps support full ADA trading. That would be huge, but it’s probably not happening any time soon.)

Some outlets were reporting this lack of movement on the heels of Robinhood’s listing as somehow newsworthy or surprising. If you want a needlessly analytical and brokerly explanation of all this, Cointelegraph is as good a blog as any.

But if you want the layman’s version:

Robinhood is irrelevant for crypto as a primary crypto platform.

Because it’s a stock trading platform first and foremost, Robinhood’s value to the crypto market lies in being an entry point for new crypto users.

The scenario is simple enough: People are already using the app to trade their stonks, and maybe they’re curious about crypto but were always intimidated by the “exchange” buy-in process. But now, they can buy crypto using the same app they’re used to.

That’s good, even if Robinhood itself comes with some very questionable baggage.

But once someone buys some Cardano (or any other crypto – truth be told, most newcomers will probably start with Bitcoin), it won’t be long until they figure out the necessity of moving that crypto to a private non-custodial wallet.

Robinhood’s crypto wallet functionality is custodial, which means the company holds all your keys. After the GameStop debacle, is that really something you want to risk?

Also, with Cardano specifically – and hodling best practices aside – the private wallet angle is part of what makes the coin so compelling.

Because you can stake Cardano to earn free ADA passively, it makes all the sense in the world to move your coinage to something like the Yoroi Wallet or Daedalus Wallet or even Atomic Wallet in order to have more control over your assets and your profits.

If you use Robinhood and don’t own any Cardano, you should definitely buy some ADA and get your feet wet.

But once you do that, you need to move your ADA off-platform into a Cardano wallet ASAP. As a general rule, you should only ever keep the crypto you’re actively trading on the exchanges.

You have been warned!