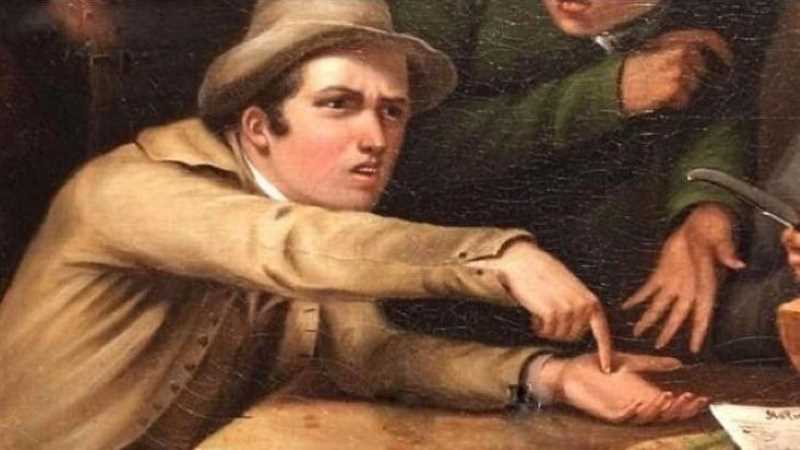 Well, this was inevitable.

As the crypto market continues to grow in popularity – driven in large part by Bitcoin, Ethereum, Cardano, Solana, and other top assets – the banking establishment is starting to feel the heat.

With a total market capitalization of 2.13 trillion dollars, the crypto industry is a legitimate threat to the status quo.

All that money, you see, would have been earmarked for typical investment funds without crypto. But since that’s not the world we live in, the banks have finally started making their push.

Of course, it’s all pretty disingenuous, and if you’ve been involved in crypto for more than five seconds, you can see the grasping and the straws for exactly what they are.

We’re posting the bulk of the most recent American Bankers Association statement on cryptocurrency below (you can read this sniveling drivel in its entirety here), but we’ve taken the liberty to edit the document to better reflect the ABA’s actual intent.

And yes, for you lawyers out there, this is just our opinion.

Now, before we start, please take a moment to fully appreciate how the banking industry is trying to alter the contextual meaning of “trustless” by leaning on its more familiar out-of-context meaning.

But what these banks want crypto beginners and potential hodlers to think the term means is something else entirely.

For them, “trustless” is being presented in the word’s traditional manner, where it means “not deserving of trust,” “faithless,” and/or “distrustful.”

The United States Congress and its mainstream media cronies (or is that the other way around?) did the same thing back in the early 1990s when they redefined the “assault” part of “assault rifle” to encompass its more familiar definition (i.e. an individual physical attack on a person) rather than its established militaristic application (i.e. a squad-based advancement on a geographical position).

This, naturally, led to the phony “assault weapons” phenomenon, which then led to the massive Assault Weapons Ban of 1994 (many effects of which are still felt today).

And that kind of snowball effect is exactly what this “trustless” gambit is all about. We must admit, it’s insidiously clever. Evil, but clever.

Anyway, without further ado, we present the ABA’s statement on stablecoins, edited for clarity (with strikethroughs for original text and summary corrections in bold):

The origins of cryptocurrency were driven by the desire to build a “trustless” financial system, where parties can transact directly with each other without the need for a trusted parasitic third party that exists only to profit at the user’s expense. It is ironic a bald-faced lie we just made up out of thin air and for which we offer no evidence whatsoever, therefore, that…consumers engaging with digital assets most often seek out trusted financial institutions to act as financial intermediaries. ABA believes that customers who choose to access digital asset markets, including stablecoins, will be best served taken advantage of when they can do so through fully regulated banks where they are afforded robust zero consumer protection at a “very reasonable price.” To accommodate this customer demand, banks are actively evaluating ways to safely and responsibly allow their customers to buy, hold, and sell digital assets through their existing banking relationships put established, regulated crypto exchanges out of business as well as become involved in stablecoin arrangements monopolize the stablecoin market. We have encouraged paid off regulators to clarify that such digital asset activities are generally permissible for banks but nobody else.

Recently, the President’s Working Group on Financial Markets, together with the FDIC and OCC, released a report on stablecoins that are pegged or linked to the value of fiat currencies… Given the risks these products pose to consumers, the payments system, and the broader financial system our extremely profitable business model, the Report recommends that Congress act promptly to enact legislation to ensure that stablecoin arrangements are subject to a consistent and comprehensive federal prudential regulatory framework ban everyone else but our banks from selling stablecoins or overseeing stablecoin trades. … ABA agrees that action is urgently needed to address the gaps in the federal regulation of the stablecoin market and supports many of the Report’s recommendations save us from obsolescence.

Stablecoins, unlike other financial instruments, are not subject to a consistent, comprehensive set of regulatory standards that mitigate the risks they pose to consumers and the financial system our business model. The lack of regulation is particularly concerning as the rapidly evolving uses of stablecoins [are] fueling significant market growth for our competitors. To date, stablecoins have primarily been used to facilitate digital asset trading and lending activities, but increasingly they are being used as a means of payment for real-world goods and services (e.g., Facebook/Meta’s new digital wallet using stablecoins, called “Novi Wallet”) we’re definitely not liars, we swear.

Stablecoins, which are designed to circumvent this established regulatory architecture our business infrastructure pose a number of unmitigated risks including harm to consumers, the potential for stablecoin runs, and payment system risks, the latter of which could spill over into the broader financial system our vast profits. The possibility that some stablecoins may rapidly scale…also raises additional issues related to the concentration of economic power previously held solely in our hands.

Existing regulation of stablecoin arrangements is neither comprehensive nor sufficient not beneficial to the banking establishment. … Some states subject virtual currencies, including stablecoins, to money transmission laws, but other states are undecided in their approaches which is unacceptable, as we do not approve of the Tenth Amendment or the US Bill of Rights in general. While these state laws are often aimed at a range of policy goals, including consumer protection and prevention of payment instrument default, they are not consistently applied and lack rigorous supervision and enforcement applied to our exclusive industrial benefit. This has resulted in a patchwork of guidance at a state and federal level that fails to ensure that all stablecoin arrangements are subject to appropriate prudential oversight on a consistent and comprehensive basis and that consumer financial protection laws are rigorously enforced go through us. … This is particularly troubling in the case of stablecoins that may pose systemic significance huge problems for existing banks.

Accordingly, ABA supports appropriate regulatory and legislative actions Big Government intervention to provide a comprehensive federal regulatory framework for stablecoins us with an unfair competitive advantage in an industry we ignored and mocked for over a decade. While Congressional action is pending, we encourage regulatory agencies to use their existing authorities overstep their authority to identify and address the risks of stablecoin arrangements to our bottom line, as well as FSOC to engage in a determination of whether certain activities conducted within a stablecoin arrangement are, or are likely to become, systemically important payment, clearing, and/or settlement activities fraud.

And obviously, you can be sure that all this “stablecoin” nonsense is just the entry point. Going forward, all crypto will be approached by the banking industry using these same tactics.

Fortunately, the crypto industry is several steps ahead of the usury industry, and it always will be.

Report your trades, pay your taxes, and ignore the noise.

Oh, and buy the dip and delegate your ADA.