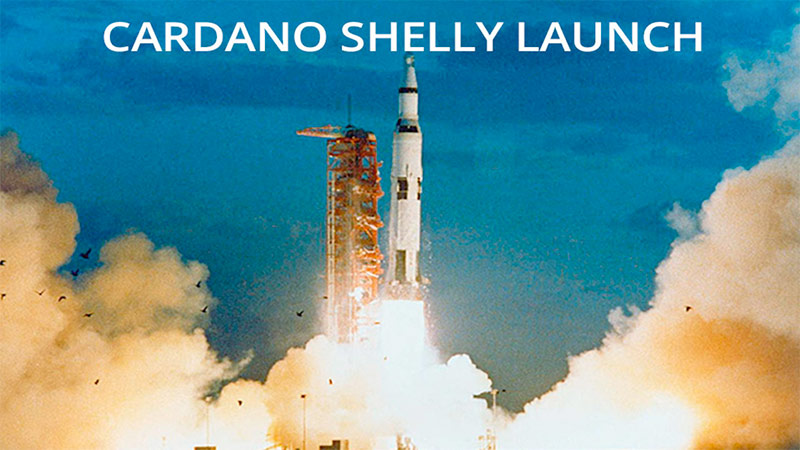 July 29th, marked a historic and celebratory day for Charles Hoskinson and the Cardano community as the long-awaited launch of the Cardano Shelley hard fork took place at 2144 UTC. Many around the world celebrated as Cardano migrated from the Byron to the Shelley era, ushering in the decentralization of the Cardano blockchain.

Even as celebrations were enjoyed around the globe, the Cardano Effect Podcast episode 100 as well as the Cardano Forum issued a PSA to remind their community members that this is the type of event that attracts predatory and fraudulent actors who would seek to exploit the development of Shelley.

Members were told to remain vigilant in order to protect themselves from scams and similar situations where fraudulent parties pose as official Cardano representatives in order to get ADA holders to move their ADA or share their security information. In order to combat these kinds of malicious efforts, ADA holders were given this information:

Be wary of anyone who contacts you unexpectedly and makes these kinds of claims.

Being Safe on the Exchanges

The integration of updates for compatibility with Shelley is being independently processed by individual exchanges. Though Cardano has been in contact with all exchanges throughout the planned Shelley hard fork, each exchange is updating its own environments according to their own needs.

Due to the necessary updates, there may be some service interruptions at individual exchanges until the integration is complete. The PSA issued by the Cardano Foundation strongly urges ADA holders to not attempt to move funds around during wallet restoration periods and to not send any ADA to an exchange address that is currently under maintenance.

Keep in mind that even if an exchange experiences downtime on ADA trading pairs, this is a transient event and normal services will resume.

ADA holders are strongly urged to utilize the official Daedalus or Yoroi wallet for storing your ADA. AdaLite is another trusted Cardano wallet. This not only protects your ADA from issues experienced by third party exchanges, but it also provides you with access to a built-in delegation center for delegating your stake to an authorized stake pool such as ADAStrong.

The delegation center in your Daedalus or Yoroi wallet allows you to view the stake pool rankings, choose a stake pool to delegate to right from your wallet, and manage your Cardano staking rewards.  AdaLite has also added a nice staking interface for users as well.  While the exchanges may integrate various forms of Cardano staking access, your ADA will always be most secure in your official Cardano wallet.  We’ve included links to the official websites of each of these wallets so you can check them out yourselves.

To watch the Cardano Effect podcast Episode 100 with the PSA reminder, it is shared during the first few minutes of this video: