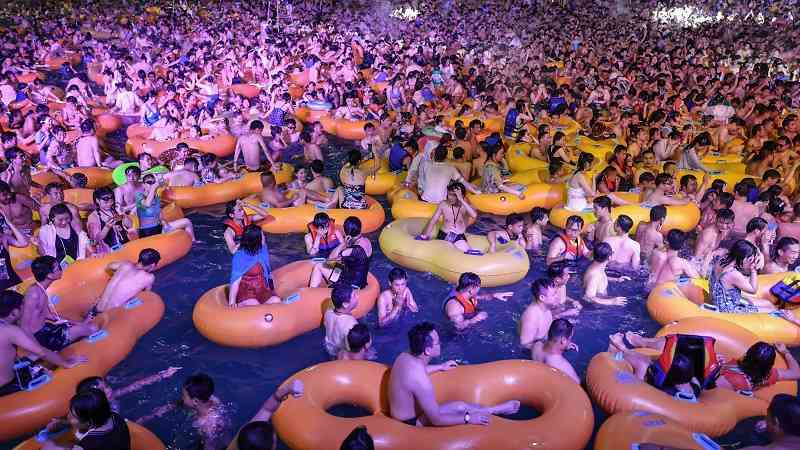 If you’ve been delegating your ADA to stake pools (which is a very good idea if you haven’t yet done so), a critical update to the Cardano network is scheduled to go live on December 6.

This update, long a part of the overarching Cardano roadmap, will effectively adjust the Shelley Era’s launch limitations to get them more in line with the long-term vision for the platform.

The issue at stake with ADA stake pools is parity and saturation.

In layman’s terms, Cardano’s Proof of Stake (PoS) delegation system has an inbuilt saturation level for all stake pools.

Ever since the Shelley launch back on July 29, the assigned saturation point – or so-called k-parameter in ADA parlance – has been set by the network at about 210 million ADA.

What this means is that a given stake pool would earn rewards as a slot leader during a particular epoch only on the first 210 million ADA tokens delegated to the pool.

This proportionally affects all delegators, not just those johnny-come-latelies who push the pools over their limits.

In other words, the more ADA a stake pool has in its pool above that 210 million coin threshold, the higher the saturation and – ironically – the greater the dilution of your ADA rewards.

This means that the onus is on ADA holders not to delegate their tokens only to the biggest, most popular pools.

Naturally, this is by design, and it’s one of the things that makes the ADA PoS protocol so compelling. In a previous article, we discussed this aspect of the Cardano blockchain:

“[The] biggest stake pools by volume actually offer fewer Cardano rewards than smaller stake pools. Cardano holders must assess this saturation when selecting pools if they wish to earn the most free ADA.

The bigger the pool, the better your chance to have your pool chosen as a slot leader so you can actually earn rewards. On the other hand, the biggest pools will earn fewer rewards for holders than ‘riskier’ smaller pools.”

Of course, not many pools had more than 210 million ADA delegated to them, and AdaStrong (our stake pool), has not surpassed this number despite being one of the best-performing pools in terms of slot leader selection and lifetime block creation.

The big news now, however, is that as of December 6, 2020, the Cardano platform will be undergoing a substantial reduction in its current pool saturation levels.

IOHK – the developer of Cardano – has announced that the k-parameter is being changed to 500 from its previous designation of 150.

While the technical implications are several, the main takeaway for delegators is this: Instead of the delegation saturation level being roughly 210 million ADA, it will be capped at 63.84 million ADA beginning on December 6.

Bear in mind, of course, that this date is when the change goes live.

To maximize your ADA rewards potential, you will need to delegate your tokens to a smaller pool (those at or below the 63.84 million ADA saturation point) by Wednesday, December 1, 2020, at 4:44 PM. This is due to the fact that ADA delegations take one entire epoch to become eligible to earn rewards.

For our delegators, given the fact that our ADAST pool regularly fields more than 64 million ADA, we’ve launched another pool to mitigate potential saturation issues.

You can track the performance of ADAST 2 using the Cardano PoolTool service. The pool currently has a 1.5 million ADA pledge, and ADAST 2 has just gone live and has plenty of room to grow before it reaches the new smaller saturation point.

In the grand scheme, the k-parameter revision – which, again, has been pre-planned from the start – is necessary to realize Cardano’s fundamental mission of true decentralization.

“Cardano’s way of moving away from power consolidation [i.e. centralization] is the k-parameter, which acts as a built-in mechanism that decreases the rewards for stake pools once [they pass] a certain threshold for saturation.”

It’s also important to note that this, too, is a temporarily high limit, as CryptoSlate explains:

“According to IOHK, k decreasing to 500 is just another stop before it reaches 1000 in March next year. Timing the decrease of both the d and k parameters to happen at the same time will spread the responsibility for the network to a large number of participants.”

For reference, the d-parameter has to do with the number of blocks created by stake pools on the Cardano network. In March 2021, IOHK will reset its d-parameter to zero (0), meaning that the Cardano developer will no longer create blocks at all.

Instead, IOHK will maintain a single stake pool, delegating the rest of its holdings to other pools in the community. Thus, by March of next year, the entire Cardano network will be entirely community driven.

We’ll keep you updated as that time approaches, but for now, it’s imperative that if you hold and delegate your ADA, you track pool performance much more attentively and immediately move your tokens to those pools operating below the saturation level.

And as always, if you’re new to ADA delegation, we invite you to get involved with stake pool delegation to grow your own investment and to help promote Cardano as a viable, valuable, and eminently useful crypto solution.