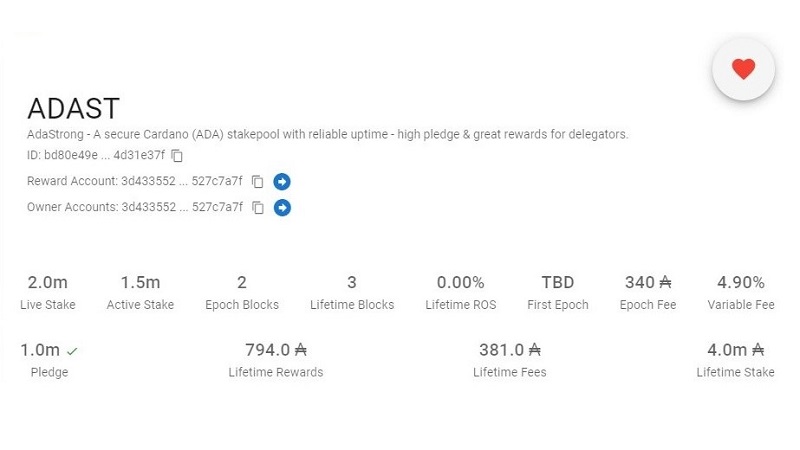 The Shelley Era of the Cardano blockchain protocol has been a massive success, and the platform is meeting all its roadmap deadlines as expected.

To that end, the Cardano network is on course to revise its stake pool saturation limit on December 6, 2020, exactly as planned.

This is explained in greater detail in our previous article, but if you haven’t read that, the TL;DR is simply this:

By changing the Cardano k-parameter from its previous designation of 150 to 500, ADA stake pools will now be deemed “saturated” once they hold roughly 64 million ADA tokens. The previous limit was much higher, with saturation being capped at about 210 million ADA.

What this means for delegators (i.e. ADA holders who assign their tokens to stake pools) is that rewards will be reduced among any stake pools comprised of more than 64 million ADA.

Of course, this is by design, and it’s a very good thing.

By limiting the cap on each stake pool, the biggest pools have no opportunity to commandeer or dominate the platform and its rewards structure.

This gives other ADA pools – of which there are more than a thousand – significantly better and more frequent opportunities to be selected as slot leaders.

Further, it encourages ADA users to actively and regularly move their tokens between various pools in an effort to maximize their rewards.

Such a system effectively prevents a cabal of the richest stake pools from centralizing Cardano’s network, and it’s one of the most ingenious and efficient ways for any Proof of Stake (PoS) cryptocurrency to achieve true decentralization.

This, perhaps more than any other aspect of the revolutionary Cardano platform, is where the ADA token truly shines.

To that end, we here at ADAStrong (ADAST) have launched a second stake pool for our delegators, as our first pool has been tremendously successful and often eclipses the forthcoming 64 million ADA saturation threshold.

Because we want those who delegate with us to maximize their returns, our second stake pool exists to share that load.

The goal, of course, is to get both pools trending at just below the new saturation point, which is why we encourage you to track each of our pools and put your ADA in whichever one seems primed for the highest rewards potential during any given epoch.

The relevant information and links for both ADAStrong pools are listed below:

While we are confident that our stake pools are among the most active and highest-yielding out there, you are under no obligation to delegate your ADA with us.

However, if you wish to, the ADA delegation process is simple, and you can track our pool performance by following the links above.

That said, you are of course free to delegate your ADA to any stake pool on the network, which is actually considered the best practice for Cardano users.  All available Cardano stake pools are available to search here.

Just remember that anytime you delegate your Cardano ADA, you will have to wait one full epoch – in addition to the time left in the current epoch – before your contribution earns rewards. This is built into the Cardano protocol itself and is not something that changes pool to pool.

It’s also important to note that this is just the beginning.

In March 2021, the Cardano roadmap calls for a further k-parameter modification to 1000, which will lower saturation levels even more.

Thus, going forward, it will be extremely important to track your ADA staking options with even more scrutiny, as many more pools will be contending for slot leader status and increased rewards potential.

As of the time of this posting, ADA is worth approximately $0.163 per token, which represents a roughly 50% increase in value over just the last month or so.

There’s never been a better time to invest in and stake your ADA, and Cardano is just getting started!