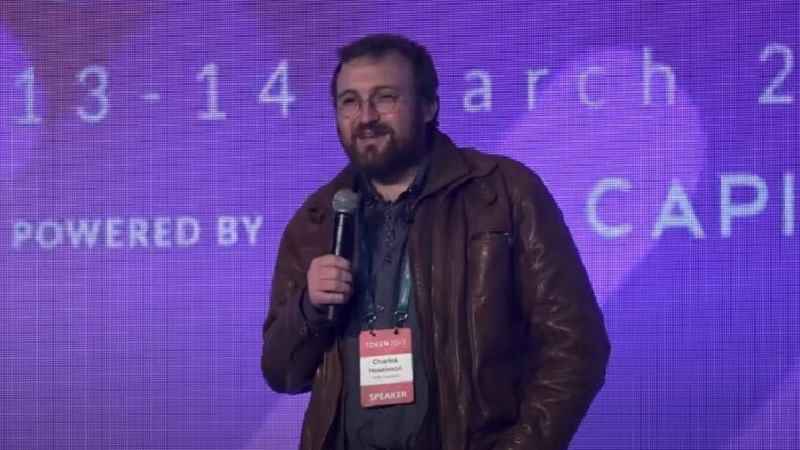 It’s been a wild week for ADA holders.

After Cardano was loosed further upon the world with its launch on the popular Coinbase Pro exchange last week, the ADA price actually tumbled quite a bit.

However, two series of announcements – one perfectly cogent and one far less so – have boosted Cardano’s value back to the $1.25 range as of the time of this post.

The first of these relates to ADA specifically.

During the Blockchain Africa Conference 2021, Charles Hoskinson, Cardano co-founder and IOHK CEO, discussed the progress being made to provide ADA access to poor nations.

Years ago, in fact, the Cardano team invested heavily in developing key technological infrastructure in Ethiopia with a mind to make cryptocurrencies and “digital identities” more accessible to those living across Africa.

“We are at the cusp of deals and initiatives this year, which would bring millions of users through private-public partnerships into the Cardano ecosystem. And what does that mean? It means that a large group of people will for the first time in their lives have a digital identity.

Indeed, the approach IOHK is taking in building up access to ADA – especially in places with historically low footprints of cutting-edge technologies – is viewed as a major ethical and commercial driver for the Cardano ecosystem.

But without up-to-date digital networks accessible to hundreds of millions of people in these areas, such a goal would be little more than a pipedream.

While Hoskinson’s statements aren’t a surprise for those who’ve been following ADA since the beginning, they serve as a reminder that such lofty ambitions – ambitions that could make Cardano the de facto currency of choice across large swaths of the planet – are more than mere lip service.

The mission is very real, and the payoff – both for ADA investors and untold segments of struggling humanity – could be immeasurable.

For those new to Cardano (especially after so many more traders jumped into the ADA pool last week), this is a timely primer about the core purpose and function of the digital asset.

But revelation or not, that isn’t really why ADA is once more on the upswing.

If you managed to sit through that mumbling fiasco, you probably didn’t come away with very high hopes for American industry and the US dollar.

That’s why BTC experienced a five percent gain after yesterday’s press conference, and it’s why ADA – the third most popular cryptocurrency in the world – has surged some 11% since the uninspiring series of announcements.

This also demonstrates a very important point to crypto investors and traders in general:

The values of cryptocurrencies are largely predicated on free market constraints. Or, rather, the lack of constraints.

Crypto is worth exactly as much as – and no more nor less than – people are willing to pay for it in the moment.

But that doesn’t mean regulated marketplaces or fiat currencies don’t have an impact.

After all, the biggest reasons that BTC, ADA, and other popular coins have spiked in value since late last year have to do with politics and stock market shenanigans.

When the US installed a governmental trifecta (i.e. single-party control of the House, Senate, and Presidency), the stock market sagged.

It always does under such circumstances.

And with that depression came the summary spike in the crypto market.

Investors were looking for an alternative concept, and they found it.

Then, the GameStop scandal further fueled the fire of the little guy, leading to new investments in crypto from potentially millions of erstwhile skeptics.

When one platform seems fundamentally unfair, people seek out new platforms. Follow that trend, and it’ll lead you home.

Do we even need to tell you where our stimulus checks are going?