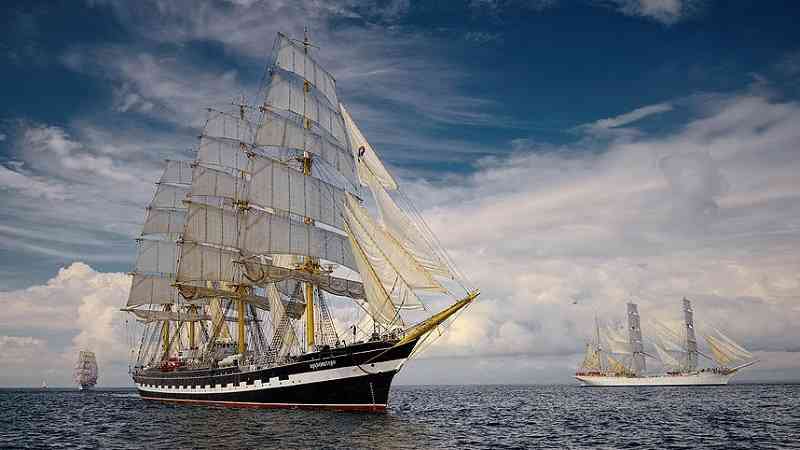 A rising tide lifts all boats.

Short of literal tides lifting literal boats, in no observable reality is this age-old idiom more true than it is in the crypto market.

Over the last several weeks, the price of Bitcoin has skyrocketed, more than doubling its previous all-time high. Today, the value of a single Bitcoin is hovering at $39,000.

But in line with the opener, BTC hasn’t been the only beneficiary of this bull rush on crypto. Many coins and tokens have increased in value alongside the granddaddy of them all.

Cardano (ADA), of course, is one of them.

But now, in just a few short days, Cardano holders are seeing massive gains as Bitcoin’s tide comes in.

There are, naturally, a couple of reasons for this.

As a prominent altcoin in the top 10, ADA goes as BTC goes. That much is clear, and it’s always been the case.

But even before the current Bitcoin spike, ADA was trending upwards.

This is mostly attributable to the recent Shelley fork, with ADA stake pools and ADA rewards finally becoming a reality after half a decade of hard work by the excellent team at IOHK.

With Cardano holders receiving rewards epoch after epoch in the months since – and as more ADA wallets have implemented the Shelley Era’s ADA delegation framework – investors and traders have expressed their interest by getting into the game.

This increase in demand had the exact effect you’d expect, and the Cardano price increased with it.

Just a few weeks ago, ADA was trending at roughly $0.13 to $0.15 cents per unit. Then, over the course of just a few days in late December, it started to skyrocket.

And while the token has a long way to go to reach its previous ATH, the sky literally is the limit.

If you haven’t yet hopped on the Cardano bandwagon yet, this sudden jump in ADA value might put you off of joining the fray right now.

That’s understandable. After all, the classic stock market rule of thumb applies to cryptocurrency, too: Buy low, sell high.

Well, ADA is high. But we’re not selling, we’re buying. And you should, too.

In the long term, with stablecoins, the all-time high keeps getting all-time higher, even as it goes through valleys of lulls.

In other words, this is not the ceiling for ADA, and that’s likely true even in the short term. If you buy now, you can probably sell tomorrow and clear a 10% profit.

And that’s not even accounting for the Cardano rewards you get from the aforementioned stake pools.

Now, some outsiders may be wondering about this massive crypto spike in general. How did it happen, why now, and what does the future hold?

Well, we can answer all three of those queries pretty easily.

First, again, we must look to BTC. As more and more countries and corporations embrace Bitcoin investment, more Bitcoin is purchased.

Well, it turns out that it’s a two-part answer. Fortunately, both parts are similarly simple to suss out.

So this makes sense.

Ah, but the stock market is booming right now, you might say. And indeed, you’d be right. It’s been hitting new record highs reasonably regularly as the Trump Administration winds down.

And there’s the rub: “As the Trump Administration winds down.”

With the Republicans losing the White House, failing to reclaim the House (albeit picking up several seats), and now losing the Senate, the Democrats have a federal government trifecta.

Now, Wall Street historically has favored GOP leadership to Democratic leadership, though the transition to tech liberalism has changed the model a bit.

But regardless of the party in power, Wall Street has never liked governmental trifectas. Investors and traders on the stock market are more confident when there is some semblance of checks and balances to rely on, as this gives the corporations they back a huge amount of leverage.

With a single party dominating all three levels of federal government, Wall Street has historically suffered.

While the ongoing impact of the coronavirus is a definite wildcard in this model, the reality is that investors are moving from fiat to crypto at an alarming rate for precisely the above reason.

There are no coincidences, because financial markets are entirely reactive.

People are bearish on the stock market, so they’re bullish on the crypto market. (They’re also bullish on the precious metals market for the same reason, with Gold reaching its own all-time high in late 2020, as well.)

So, there you have it. Bitcoin is up because faith in the stock market’s short-term prospects has dropped – or is expected to drop – in the next few weeks.

If that’s true – and we have no reason to think it isn’t – just imagine what ADA will be worth by then!

And, of course, it goes without saying that if you hold ADA, you’ll want to delegate your Cardano to a stake pool.

We recommend our own pools here at ADA Strong (ADAST 1 and ADAST 2), as we’re able to keep our totals low enough to sit just under the new ADA rewards threshold of 64 million tokens. If you join the biggest pools, you’ll get fewer rewards, which is why we try to keep ours efficiently sized by offering two pools instead of one.

Naturally, you’re under no obligation to join our stake pools – it’s just important that you actually delegate your ADA to a viable stake pool so the Cardano blockchain can increase its efficiency and so you’ll get some free ADA for helping out.

But regardless of which Cardano stake pool(s) you do ultimately join, please be sure to keep that cap in mind. Generally speaking, pools with 35-60 million ADA are worth your immediate attention.

A rising tide lifts all boats, remember, but it also makes waves.