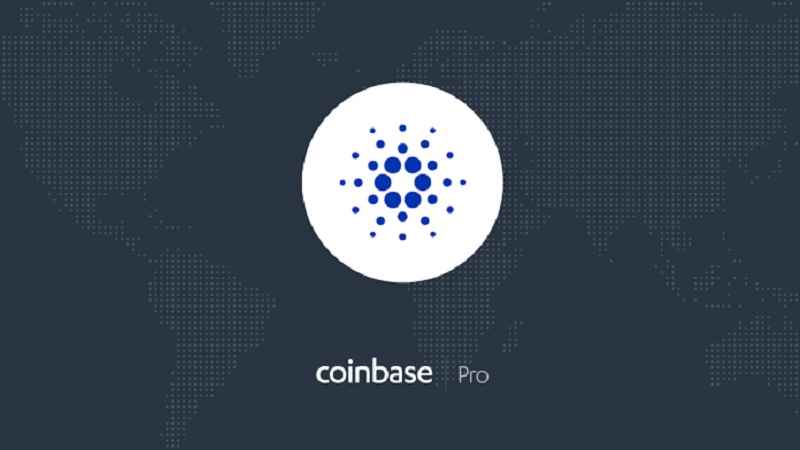 Over the last month or so, Cardano has established itself as a top-five cryptocurrency, bouncing around between third and fourth at most crypto value tracking services.

Right now, CoinMarketCap lists ADA at number three, right behind Bitcoin and Ethereum, while CoinDesk has ADA at number four behind BTC, ETH, and Ripple (XRP).

At most relevant exchanges, Cardano is performing similarly.

But it’s the most relevant exchange that we’re interested in.

On Tuesday, Coinbase Pro announced that it would start supporting ADA trading on March 18 at 12:00 PM EST, provided that “liquidity conditions are met.”

The reason it’s taken so long for Coinbase to list ADA is that – for bigger, more popular coins – the above liquidity conditions are something less than trivial to actually meet.

But finally, the time has come: It’s March 18, and as of press time, we’re just minutes away from the deadline.

Delays could occur, but all indications are that you’ll be able to buy and sell ADA on Coinbase Pro today.

While the exchange began accepting incoming transfers of ADA on Tuesday, it’s only now that users of the platform will actively be able to trade the asset.

As anticipation mounts, the price for ADA has increased by about 40% from its low on Monday, going from a nadir of around $1.03 to today’s current valuation of $1.47 per.

Yesterday (March 17), ADA officially hit its previous ATH at $1.4344, and though that’s been surpassed now, there’s a very real possibility that the coin’s listing and trading access on Coinbase Pro could catapult Cardano well beyond that.

Some analysts are predicting that ADA will even surge far past the $1.50 mark today.

To that, of course, we advise caution.

Remember, crypto is fickle, and ADA – as powerful as the platform is and as attractive as its decentralized stake pool process has been for holders, traders, and investors since launch – rises and falls like all the rest.

If a major glut of Coinbase traders charge out of the gate and move a huge volume of ADA – or if one or two major investors submit an enormous buy order – the Cardano price could fall in the next few days.

If you foresee that, you might consider selling now and buying the dip.

On the other hand, the opposite might happen even if the above contingencies play out. We just don’t know. Nobody does.

Sell now, and you could be kicking yourself for the rest of your life.

Our advice, frankly, is this: Buy low, don’t sell high.

But our advice is also this: Buy high, don’t sell high.

Day trading crypto assets is a lot of fun, and if you’ve the time and mind for it, it can be exceedingly profitable. At the same time, we know plenty of folks who got out of ADA over the last two years, and they’re all down.

And many of them are down big.

So, the Cardano price could be primed for a major boost in the next few days, or it could drop significantly.

Long-term, of course, ADA being listed on Coinbase Pro is undeniably and unambiguously a major benefit, for if nothing else, it’s just one more popular crypto exchange where members can trade ADA and spread its influence further still.

It doesn’t hurt that Coinbase is actually the largest crypto exchange in the US, either, earning a $68 billion valuation ahead of its own planned IPO.

Of course, the question of whether or not you should buy Coinbase stock is not ours to answer.

If pressed, however, we’d reply with this query:

We know where our money’s going.

What’s in your crypto wallet?