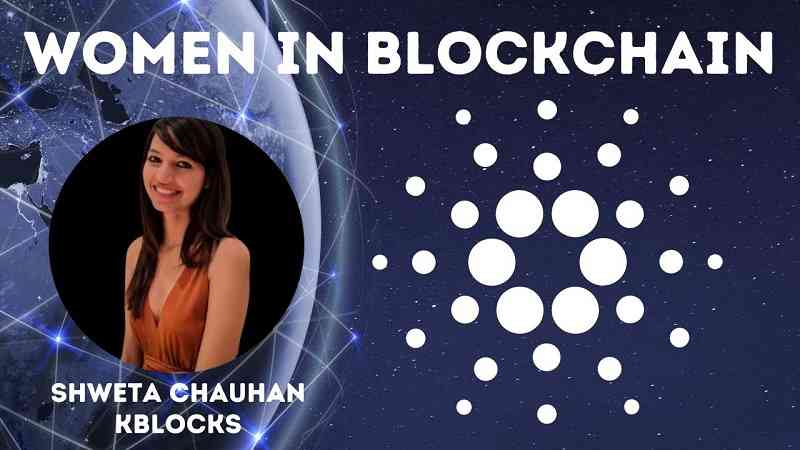 Everyone is riding the crypto wave lately, and nobody’s riding it harder than ADA holders who’ve seen their investments in the platform skyrocket over the past several months.

With the progress made by the Cardano blockchain in meeting its roadmap benchmarks – coupled with the newfound mainstream interest in NFTs, or non-fungible tokens (thanks, NBA!), the sky really is proving to be the limit for crypto in general and ADA in particular.

Of course, with that hype – which is very real and very well-deserved – there’s going to be some fluff.

The best example of this, at least right now, is this recent story from Forbes contributor Tommy Williams.

“Chauhan is the first female Stake Pool Operator on Cardano. She is the CEO of kBlocks Stake Pool and is the Co-founder of Lovelace Academy…a platform co-founded by her specifically to teach “How to build Smart Contracts on Blockchain.”

Now, there’s absolutely no question that Chauhan should be lauded for being involved in the Cardano community and helping drive attention to – and adoption of – the best cryptocurrency platform in the world.

Still, we’d be remiss not to point out that the first part of the Forbes claim – though indeed inspiring – is not actually true.

Because it can’t be.

See, by the time Cardano stake pools started creating blocks with Epoch 211, there were over 1000 stake pools in operation.

Ownership of these pools requires neither public disclosure of identity nor disclosure of gender unless the owners themselves wish to broadcast that information.

And of course, in the spirit of crypto itself, most owners have no desire to be any less anonymous than they must.

Heck, we personally know at least one woman who operates an ADA stake pool – and who has operated that pool from the moment ADA pools were a thing – and her name isn’t Shweta Chauhan.

Now, don’t get us wrong. We’re not here to take anything away from Chauhan.

Indeed, it’s our fervent hope that Chauhan parlays that latter into her notoriety as the former, as ADA smart contracts – and, more importantly (in the short term, anyway), Cardano NFTs – are sure to provide a major shot in the arm for the network as it solidifies its place atop the crypto leaderboard.

ADA is currently the fourth most-traded cryptocurrency in the world, and with the announcement today that Coinbase is bringing ADA trading to its Coinbase Pro exchange, things could get even more interesting in a hurry.

But given that the real driver for the current crypto push is the NFT craze where smart contracts are getting so much mainstream buzz, Chauhan’s real contribution – which is much bigger than being some nebulous and impossible “first” – will come in the form of popularizing ADA smart contracts and NFTs.

NFTs, after all, are proving to be the gateway to a new era of crypto understanding.

With NFTs, the general public is starting to embrace the concept of tying digital goods to virtual assets as a way of representing real-world ownership.

NFTs, framed correctly, are the most powerful and concrete metaphors for crypto utility outside of trading, hodling, and making a quick buck.

The result is that interest in crypto – and thus, interest in Cardano as one of the most popular cryptos on Earth – is only going to increase.

Should Chauhan take advantage of her Forbes writeup to promote awareness of and technical access to developing ADA smart contracts specifically (which does seem to be her goal), she will truly be a groundbreaking part of Cardano’s continuing – and accelerating – rise to prominence.

Chauhan is in a fairly unique position to make that happen, and we hope she knocks it out of the park.

Nevertheless, in the interest of transparency – which, ironically, is what blockchains are all about – there is functionally no way Chauhan is the first female Cardano stake pool operator.

Similarly, my previously mentioned acquaintance (who is, for the record, not related to ADA Strong), is also not the first female Cardano stake pool operator.

Together, they are two of the first female Cardano stake pool operators, of which there are possibly hundreds. They’re all tied for first place, but none stands alone at the top of the hill.

Frankly, that’s the main point we’d like to make:

Cardano isn’t about individual firsts broken down by name, color, shape, size, preference, sex, or any other random consequence of birth. Cardano is about a wholly unified community.

And that community is as diverse as it gets, which is exemplified by the very approach Cardano takes with its Catalyst program.

For Forbes to claim Chauhan is the first woman to operate an ADA stake pool – without understanding that hundreds of pools all launched simultaneously all over the world, many of which have female owners or co-owners as an immutable matter of actual fact – is a bit disingenuous.

That said, it is a good bit of PR for ADA.

There’s no denying it, and that’s great.

But what’s even better is the fact that Shweta Chauhan isn’t the first female Cardano stake pool owner.

Cardano is decentralized, democratized, and accessible to everyone. People from all walks of life – men and women alike – are making this thing happen, and they’ve all been chipping in since Day One.

There can be no individual firsts for ADA, because we’re all in this together.

And that’s the real beauty of it all.