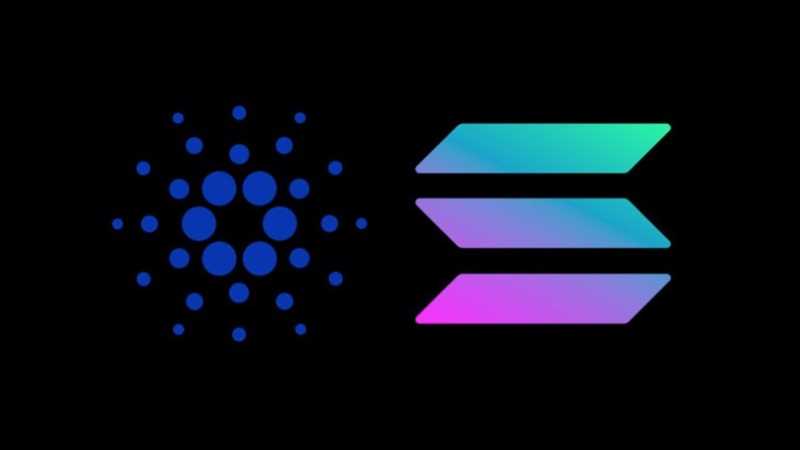 After a whole heap of shock and considerably less awe, Cardano’s back on the upswing along with just about everything else.

Of course, while we care about those coins, we care more about ADA specifically.

And as such – like you – we were getting pretty impatient watching other assets spike while ADA remained flat in the $2.00 range despite all the recent hype around the many exciting Cardano Summit 2021 revelations.

Finally, that’s starting to change. At the time of this writing, the Cardano price is hovering at about $2.27 per ADA, showing a 10.1% increase over the last seven days.

Meanwhile, Solana – the coin that “stole ADA’s thunder” – has finally flattened a bit after a monstrous run up the boards over the last couple of months.

Naturally, this bit about SOL vs. ADA skewing heavily in favor of the former has been a bit premature.

Of course, we understand the concern.

The Solana network is very similar in terms of approach to what Cardano’s trying to accomplish as a third-generation Proof-of-Stake coin with smart contract/NFT/De-Fi applications.

But that’s not the way any of this works. The entire premise of cryptocurrency is in specifically not having a single dominant platform or be all end all asset.

Instead, the point is to have several compelling ecosystems that target different industries and utilize different approaches that make them worthwhile to an ever broadening and disparate consumer/trader/hodler population.

After all, Bitcoin – the gold standard – is old and slow and generally useless in the smart contract realm. Technologically, it’s effectively deprecated.

But Bitcoin is always going to be a viable and valid coin, as its value is in its scarcity, its status as progenitor, its market mindshare, and so on.

Heck, half the world thinks all cryptocurrencies are collectively called “Bitcoins,” and that in itself is proof enough that BTC is HTS.

Similarly, Ethereum is also here to stay (and doubly so with the forthcoming promise of Ethereum 2.0 in H1 2022). Similarly similarly, Cardano isn’t going anywhere (except to the moon!), and neither is Solana.

Yes, there was a discernable panic when Solana leapfrogged Tether and Cardano to take the fourth spot on CoinMarketCap’s big board behind BTC, ETH, and BNB, but that ascent was short-lived.

These two coins – and certainly several others – will jockey for position within the top five and top 10 cryptocurrencies for the foreseeable future, and that’s a good thing.

We’ve spent the better part of the last three weeks trying to convince friends and acquaintances to cease with the Cardano FUD nonsense and worry.

Crypto is famously volatile, and it’s very easy to fall into the trap of believing one has “missed the boat” on this asset or that asset.

As an ADA hodler, did you miss the boat on Solana?

You probably think you did.

But you’re wrong. There’s no evidence for that whatsoever. Its growth isn’t over. If you want some SOL, buy some SOL.

The boat is still in port.