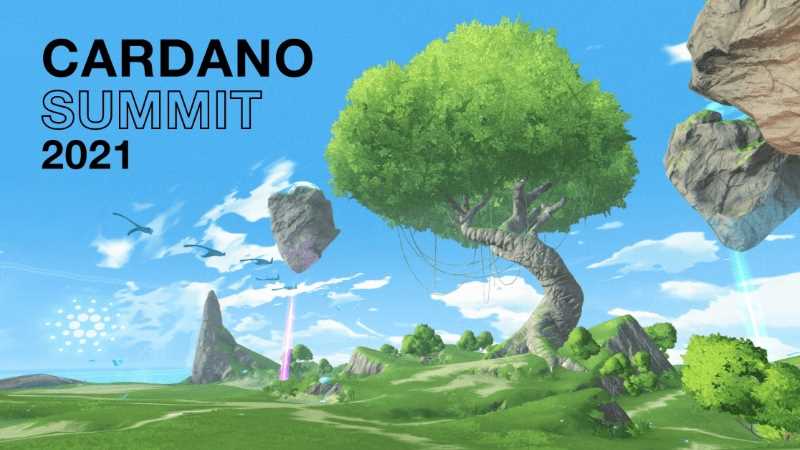 This morning, my friend sent me a message in Telegram lamenting the fact that he didn’t sell off all his ADA at $3.00 a few weeks ago.

I told him to STFU instanter. Cry harder. Etc.

Because Cardano Summit 2021 just wrapped up, and this weekend’s revelations are nothing short of…revelatory.

While the cryptocurrency market is in a distinct slump (ADA is trading at just $2.20 as of RFN, so buy the dip!), most of that can be attributed to the China Evergrande fiasco.

The good news, of course, is that the bottom is still pretty tops.

And for Cardano in particular, things are getting extremely interesting.

The 2021 Cardano Summit in Laramie, Wyoming, ushered in a series of exciting developments for the future of ADA, and although these tidbits haven’t pumped the ADA price, they will.

Things like this always take some time to set in.

Remember, the biggest crypto audience by far – that is, the biggest swath of investors and hodlers – are casual enthusiasts.

They tend not to follow day-to-day developments all that closely, and that means any truly groundbreaking cause takes longer to show its effect on the big board.

The Cardano Summit’s official website is currently being updated with this weekend’s proceedings, but you can check out the keynotes now by following the link above.

Be sure to bookmark that page (and this site!) for more information as it’s summarized and posted.

In the meantime, here are some early highlights:

Djed will be tied 1:1 to the US dollar, and IOHK founder Charles Hoskinson has echoed his support for the project:

“The Djed stablecoin could be a game-changer in the crypto space, appealing to an entirely new audience at a time when the industry is already experiencing astronomical growth. COTI has been a long-time partner of the Cardano ecosystem. It’s great to have them on board with this new venture.”

In an interesting legacy move, Cardano and DISH Network have teamed up.

Of course, DISH (aka “Digital Sky Highway,” which is actually pretty cool), is primarily a television provider.

They don’t do Internet (yet), but they have recently expanded into the prepaid wireless game.

It’s unclear what kinds of new products the partnership will roll out going forward, but DISH Office of Innovation chairman Chris Ergen simply stated that “Blockchains are useless without connectivity.”

Maybe DISH will use Cardano to help them compete with satellite-based Internet providers like Viasat and HughesNet. Although we’d be more interested in a partnership with Starlink at this point.

After all, we just used some of our mad crypto gains to move out to the middle of nowhere, and CenturyLink DSL won’t cut it.

In a completely organic and obvious move, Cardano has partnered with eSports pioneer Rival

“to develop agnostic NFT marketplaces, fan rewards, and more for Rival and their partners. The partnership will see Cardano facilitate the ability to create and distribute NFTs, the redemption of NFTs for physical goods, and marketplace-based royalties within the Rival platform.”

“To further excel and maximize the potential of blockchain, we’re looking at emerging protocols like Cardano to connect traditional financial markets to the worlds most innovative financial operating system.”

Cardano Links Up With Chainlink

If you’ve been heeding Hoskinson’s soothsaying, you’re aware that he believes no single crypto network can dominate the future.

Instead, infrastructure and cross-platform compatibility are key.

Now, as Cardano and Chainlink (LINK) jump in bed together, that truth is being borne out.

With the recent ADA smart contract rollout, Niki Ariyasinghe, Chainlink Labs head of blockchain partnerships, indicated that the time was finally right to get invested in Cardano:

“A lot of this comes down to timing. Cardano obviously has had an extended period where it had different drops of upgrades, and the most recent is Alonzo – [which is] really about enabling smart contracts. So for us, this is really…the right time to engage with the Cardano ecosystem.”

Many people think the fix was in for November 2020.

And while we’ll leave those discussions to others, the fact remains that more people than ever seem utterly disenfranchised by existing voting protocols, record-keeping methods, chain of custody issues, and so on.

This problem isn’t specific to the United States, either.

According to Hoskinson (via Bloomberg):

“‘You could run a nation-state on this type of infrastructure — not today, but in three to five years, definitely possible,’ Hoskinson said. Cardano is trying to ‘position itself in the marketplace of ideas to be a legitimate option for at least some of these systems and some of these institutions,’ he added. …

‘People are fundamentally unhappy with governance,’ Hoskinson said at the summit. ‘There’s an appetite for new systems, new ways of governance, new types of institutions.’”

Grace, a humanoid point-of-care robot powered by AI and developed by SingularityNET, will employ Cardano blockchain technology to speed up the processing of biodata and secure the updating of patient medical records.

Of course, for all the exciting stuff on tap for Cardano and everything hinted at over the weekend’s Summit, you’re going to run into some useless PR nonsense, too.

To that end, Cardano has entered into an agreement with Veritree.

The deal, apparently, will see Veritree use the Cardano blockchain to keep track of its various land restoration initiatives.

That’s cool enough if you’re big into the global warming thing, but this is a bit on the nose:

Some time ago, all the big YouTube stars pulled a similar stunt with their 20-million tree #TeamTrees thing.

Meanwhile, the actual impact of such an effort – even at 20 million trees as opposed to a mere twentieth of that – is negligible.

Still, marketing is marketing, and Cardano is fundamentally more energy efficient than platforms like Bitcoin and Ethereum.

Here’s some inspiration if you want to get involved: