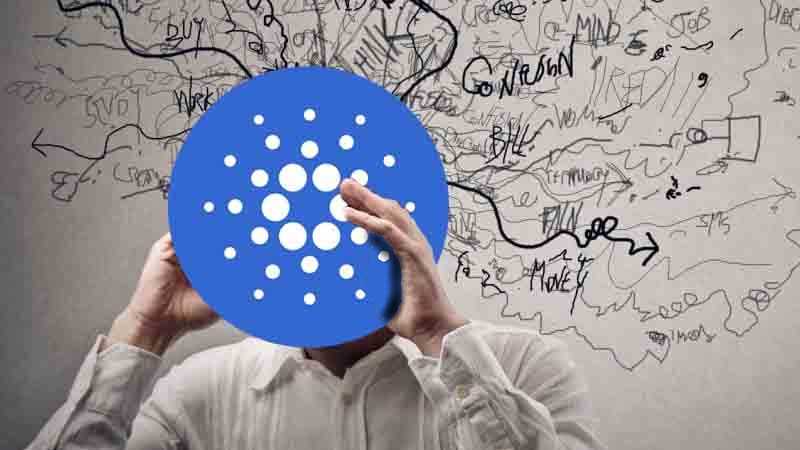 Over the last few months, it’s really starting to seem that – for all the daily minutiae that gets reported in the crypto space – there’s really not much actual crypto news to speak of.

For those extremely interested in cryptocurrency, of course, any of the thousands of articles, blogposts, analyses, etc. that are uploaded around the clock to the various socials and wider Internet are compelling fodder. Or, at least, there’s no dearth of compelling fodder in there.

We get that, and that’s fine.

But for laymen, it’s a different story.

And it’s laymen – for better or worse – that make up the vast majority of crypto hodlers.

Of course, a statement like that is all the better for some actual proof, so we’ll prove it in the simplest, most straightforward possible way (which is, aptly, befitting of us as laymen):

According to the Cardano PoolTool, the total staked amount of Cardano is about $28.2 billion. This represents approximately 70.72% of the total Cardano supply. And, amazingly (or not, per our thesis), that’s actually down from roughly 73% just three months ago.

While Cardano still boasts the highest proportion of staked assets for any PoS cryptocurrency on the market, it’s kind of amazing that the number’s so low.

Look at it this way: Over 29% of all circulating Cardano isn’t staked.

But wait, it gets even better!

While 71% of all existing ADA is currently staked, that staked ADA comes from just 1,152,488 stake addresses.

Assuming each of these Cardano stake addresses represents a different individual ADA holder (in reality, they don’t, as plenty of people have multiple Cardano wallets and/or staked sub-wallets with unique addresses), that’s a pretty impressive number.

Indeed, 1.15 million addresses sounds like a lot. But consider this:

Let’s do the math:

Here, again assuming each wallet represents just one person so we’re consistent across both measurements, only 38% of all ADA holders actually stake their ADA.

Since staking Cardano is just about the simplest, most trivial way to make substantial passive income on the platform – and given that it’s easily the most mainstream “feature” of Cardano as a whole – the fact that not even two in five ADA holders actually has the wherewithal or attention span to take 10 minutes and stake their coins means that the vast majority of the audience is of the layman variety.

In other words, all the news of the day – whether it’s Cardano news, Solana news, unfettered hype, or FUD nonsense – is basically irrelevant.

There’s only one number most crypto investors care about, and that’s the percentage of growth their holdings have realized.

Cardano remains in the top 10 cryptocurrencies, it’s overtaken Solana by market cap, and only Bitcoin, Ethereum, Binance Coin, and Ripple rate better (not including Tether and USD Coin, which are stablecoins and thus functionally different assets conceptually).

TL;DR: Cardano might be way down compared to its ATH last year, but Solana isn’t an ADA killer, so you should go ahead and buy the dip. And then, for the love of Charles, stake the stuff!