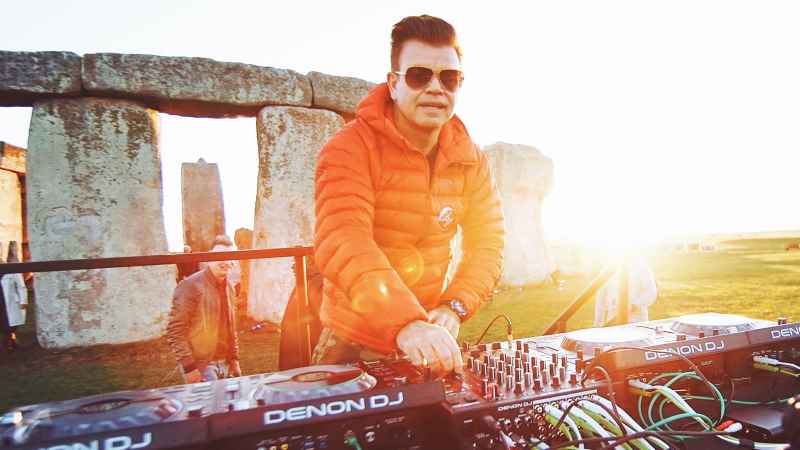 The hits just keep on coming!

On Monday, we reported on a slew of different partnerships and efforts outlined at Cardano Summit 2021.

As more Summit tidbits slowly trickle out, news recently broke that Charles Hoskinson has been working with electronic music pioneer Paul Oakenfold to launch the latter’s newest album on the Cardano blockchain.

Alongside the NFT drop, Universe will be releasing what chief executive Alon Shulman called ‘a very special album’. Every aspect of the event, from the cover art and sleeve notes to the tracks and remixes will be put on the blockchain. The Universe album, entitled Zombie Lobster, is a collaboration between Charles Hoskinson and Paul Oakenfold.

Naturally, The Charles is pretty excited, explaining how this is just the tip of one iceberg in a bona fide flotilla:

“Getting to learn about the electronic music industry and how the blockchain can support it has been a revelation. Understanding how a blockchain like Cardano can benefit producers and managers like Alon Shulman, artists like Paul Oakenfold and Carl Cox, organizations like Universe, and labels like Awesome Soundwave and Perfecto, and the scale of what they achieve will enable us to connect our technology to their creativity.”

If you don’t know who Oakenfold is, he’s the artist that did the soundtrack for that early 2000s fishing movie starring Wolverine and the blue guy from Scientology where everyone finally got to see Catwoman’s naked bust for some reason.

We forget the title.

Anyway, Oakenfold is EDM royalty, and releasing his next album on the Cardano blockchain is pretty cool even if we’re not huge fans ourselves.

Of course, in the end – or, rather, in the beginning – it’s just another project that’s slowly expanding the mainstream’s understanding of what crypto and Cardano are both all about.

Indeed, “just another project” is the order of the day with ADA.

Because there are going to be many, many more of them to come.

In fact, the Cardano Catalyst program now has over $1 billion in reserves dedicated to funding community driven initiatives.

Participants in Catalyst – that is, Catalyst voters – receive 14% of this war chest for involving themselves, with the caveat that voters are eligible only if they hodl 8000 ADA or more.

If you’re eligible, you should probably delegate your ADA and pick an ADA wallet that supports Catalyst ASAP.

At any rate, ADA is going places.

However, over the last two weeks, the ADA price hasn’t been.

It’s been stuck and holding steady at about $2.10, which can and should be considered the new basement low.

Remember, this dip is a direct result of the China Evergrande collapse and its immediate effect on the crypto marketplace top to bottom.

If you’ve been thinking about buying ADA – or buying more ADA – now’s the best time to do that.