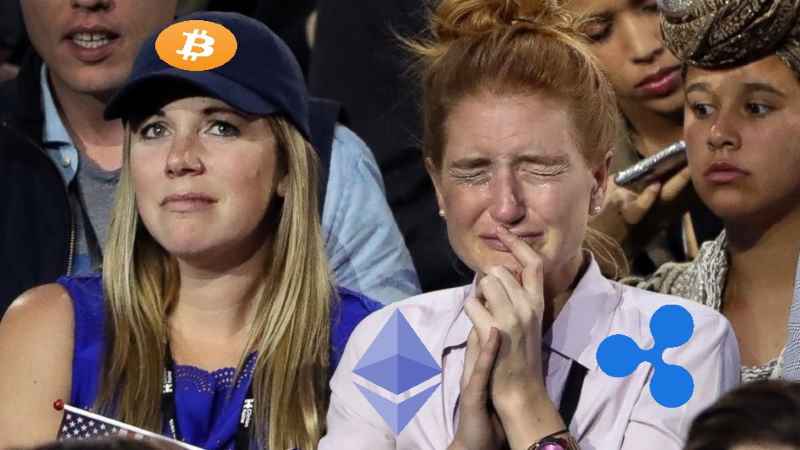 After two weeks of fearmongering about Cardano’s smart contract rollout, things are stabilizing and the platform is being vindicated.

And that’s not surprising.

After all, the last wave of FUD nonsense came on the heels of a single social media post on behalf of a single developer having a singular issue with concurrency on an alpha build of something or other.

Before the day was out, countless other developers solved the problem.

Meanwhile, the ADA price, in the wake of so much baloney, didn’t budge.

And in the aftermath, Cardano founder Charles Hoskinson took to the recent history books to put his own spin on the FUD phenomenon that plagues this particular crypto coin to an overwhelming degree.

Seriously, not even Bitcoin SV or Ripple get this much unmitigated hate from the crypto establishment.

Now, “crypto establishment” is something we never thought we’d say, but it’s a thing.

And OG Bitcoin and Ethereum backers – which make up the vast majority of said establishment – are hellbent on convincing you that Cardano is a scam.

That the bottom will fall out.

That the government is coming.

That you need to jump ship yesterday.

You know, so you can buy BTC and ETH, instead.

And it’s as real as its lexicological progenitor.

The Charles also calls it a very stupid attitude, though in more judicious terms.

He likens the advent of “second-wave” DeFi platforms made possible by Cardano and other “Ethereum killers” to the evolution of the Internet itself:

Of course, we [IOHK] compete under the hood, and businesses, governments, and people who care about these things will care about them. But at the end of the day, if it’s going to work for everybody, we have to have that ‘Wi-Fi moment’ where it’s consumer friendly, and it just works on your phone and you can just set a transaction [and] seamlessly move between things. …

What’s probably going to happen is we’re going to live on an Internet of blockchains.”

That seems pretty sensible to us.

We’ve often said that crypto isn’t a contest, and that one coin’s value isn’t inversely proportional to another coin’s value.

In fact, if anything, the opposite is true, with modern cryptos still tied to Bitcoin as the rising tide that lifts all boats.

While that won’t always be the case – while BTC won’t always be captaining the ship – the trends, particularly at the top of the market, will continue to reflect this high tide/low tide model.

Would you rather own Hulu or Netflix?

Would you rather own Amazon or Walmart?

The answer to all of these questions is the same:

So, with that in mind – knowing that Cardano has now weathered the initial storm of its smart contract launch this past Sunday – why, then, is the ADA price still sitting around $2.40 and not rocketing past its ATH of $3.09?

There are – as ever – several reasons.

For one, good news in the crypto world – that is, the rollout of new features and the realization of new milestones on a given platform – isn’t always met with enthusiasm in the form of a bull run.

Remember, day traders and swing traders make up a large glut of the crypto investing public, and when an asset spikes, a sell-off follows.

The price dips, and savvy players jump back in to scoop up more coins than they hedl before.

The dump always outpaces the resurgence, and that’s where we are now.

Another reason is simply this: While the Alonzo mainnet rollout has been achieved, it’s still just another step – albeit a massive step – toward getting Cardano smart contracts off the ground.

As of today, there are over 2400 different smart contracts ready to go. But these are currently in a holding pattern, bound to a so-called “timelock.”

In effect, this means that these smart contracts require the launches of various other protocols on the network before they can be released.

“[Developers] still need to wait to deploy decentralized finance (DeFi) projects, decentralized applications (dApps), and other concepts like tokenization and non-fungible tokens (NFTs). A number of projects are ready to deploy new protocols and ideas like Cardax, Liqwid, and Singularitynet. It’s possible that the wait for these smart contracts has been affecting ADA markets in a negative manner.”

Then, you’ve also got to consider that the entire market is in a bit of a lurch at the moment.

The slump is sure to be short-lived, but that’s just where the trading’s trending as a whole.

Again, it’s exceedingly rare that a top crypto asset such as Cardano or anything else is going to spike when other heavy hitters are dipping.

So keep your eye on the ADA price, and keep never take your eyes off the ADA prize.