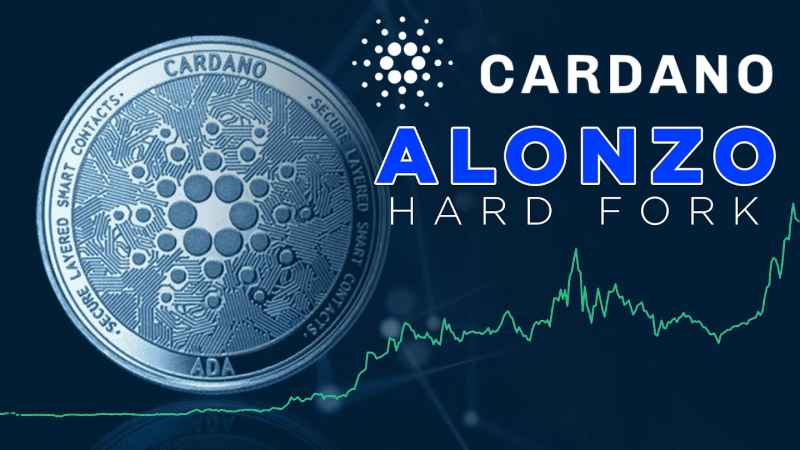 Over the past seven days or so, we’ve seen ADA go from flattening out at a healthy $2.80ish on news of its inclusion on Japanese exchanges and the upcoming smart contract rollout to falling to $2.02 in the middle of the night before normalizing back to the $2.40 range.

Now, if you followed our advice and swung your ADA into a stablecoin to buy back bigger on the dip, you’ve likely made a nice return.

Naturally, we didn’t follow our own advice, so we’re kicking ourselves a bit.

But only a bit.

And if you’ll recall, September 12 is the thing.

So why did ADA tank by over 30% when smart contracts – one of the crypto holy grails – is finally so close at hand?

After all, per IOHK:

“The Alonzo HFC [Hard Fork Combinator] event will be the most significant upgrade yet, laying the firmest of foundations for an exciting new era of smart contracts on Cardano.”

Note: If you’ve never heard the  term “hard fork combinator” before, it simply indicates a cryptocurrency’s combination of legacy systems and processes with major new developments, as seen in last year’s Byron Era transition to the Shelley Era.

You can get more insight from reading the entire thread here:

The #Alonzo HFC event will be the most significant upgrade yet, laying the firmest of foundations for an exciting new era of #smartcontracts on #Cardano. Here's the moment – just minutes ago – that Sam submitted the upgrade proposal 2/6 🤘https://t.co/wnZmn7YwiP

Yahoo Finance explains the significance of this further:

“The [Alonzo] upgrade will bring Decentralized Finance (DeFi) applications and exchanges to the network which could see Cardano compete with similar networks, such as Ethereum and Solana.

The upgrade will also provide the ability to mint non-fungible tokens (NFTs) on its blockchain.”

Of course, for those of you new to the ADA game (or the crypto game in general), it may seem odd, unexpected, or even a sign of Bad Things To Come™ that Cardano crashed so hard despite the much-anticipated launch of smart contracts coming with the Alonzo mainnet rollout.

On the surface, that makes sense. It is somewhat counterintuitive.

But it’s really not unusual.

Recently, we wrote that the lead-up to September 12 could go one of two ways: a bull rush or a collapse.

We further wrote that either way it goes, it would be for the same reason: Alonzo.

Last week, we saw the ADA price weather a storm of significant FUD nonsense, which is one element in the rationale of collapse as a precursor to good news.

As the Cardano network prepares to take on the crypto space’s biggest smart contract and NFT player – Ethereum – ETH hodlers and touts came out in full force to slam the ADA project.

Obviously, it was the usual suspects spreading their usual nonsense, and Cardano stood firm through various smears like this:

The greatest pump in crypto history is about to dump hard as people realize the blockchain literally does not work. https://t.co/9jjH5hPtPi

Even that didn’t really cause too much fretting in the Cardano community, and the price of ADA didn’t move much in the wake of this ridiculous assertion.

The purported Cardano concurrency issue was put into perspective by more even-keeled members of the cryptoverse:

The MinSwap concurrency challenge is being blown way out of proportion by FUDsters.

It's like saying the Wright brothers first test flight was a failure because it did not have cabin service and flight attendants.

So what caused the crash and the summary stabilized dip to the $2.40 range?

At least in part.

Indeed, all cryptos tanked over the last week, with the overall market cap dropping by some $400 billion at its nadir.

And they tanked because there was a sell-off.

Much of that sell-off,  no doubt, was predicated on various fears regarding forthcoming potential SEC regulation, trepidation about the stability of the market’s current trends, and so on. But some of it – at least in the case of ADA – is due to swing trading.

We discussed Cardano swing trading before, and it makes all the sense in the world that ADA investors saw the ATH (and/or a near-ATH plateau) and decided to swing out for the time being.

If enough swing traders go at the same time – particularly if many of them have millions of ADA with which to play – it can spook others who see a crash where those swingers saw (and helped create!) a temporary dip allowing them to reinvest in ADA – without adding a single cent to the pile – and grow their stack considerably.

Again, if you took our advice earlier, you may have done this yourself.

We sure wish we’d listened to us.

Seriously. There is always next time.

So sell the tip, and buy the dip.

And that’s the hottest tip we’ve got.

Well, that and ADA staking…