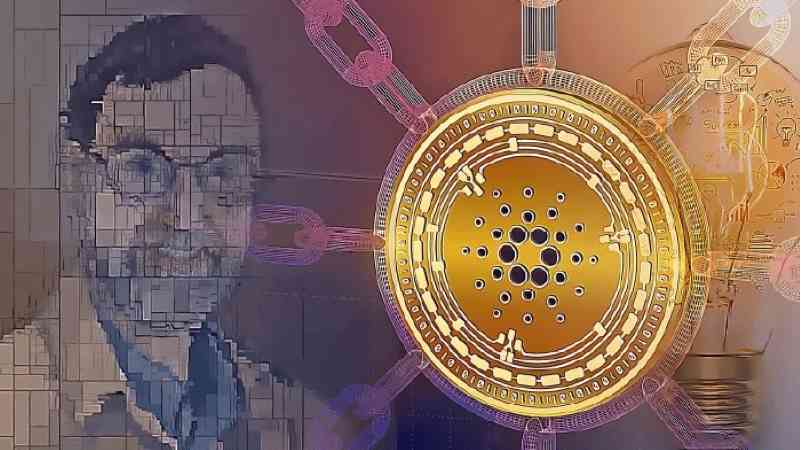 It’s been an interesting few days in the world of ADA.

For those looking to catch up on Cardano news, of course, there’s an awful lot to unpack.

We could also tell you about how Cardano is now the most-held asset on eToro, leapfrogging Bitcoin to hodl that lofty distinction.

We could even tell you how ADA now makes up the third-largest asset in the Grayscale Digital Large Cap Fund (DLCF) or how the Cardano blockchain is being integrated with the Nexo exchange and the Orion Protocol platform.

But it’s also kind of mundane. It’s decidedly “behind the scenes” fare.

Business as usual for the Little Altcoin That Will™.

One thing that’s both exciting and decidedly not predicated on speculation is that Cardano will soon meet its next milestone with the implementation of smart contracts.

Currently, the Cardano smart contract rollout – dubbed the Alonzo phase (which itself is comprised of three parts: Blue, White, and Purple) – is still being tested. We’re currently in the White.

Of course, you’re probably more interested about being in the black.

While there’s plenty of question as to when exactly Alonzo will transition from the testnet to the mainnet – and thereby usher in the age of Goguen’s smart contracts, native tokens, ADA NFTs, and Cardano DApps – the actual deadline remains to be seen.

Per IOHK, Alonzo will conclude and Goguen will launch sometime next month (August), though the Cardano roadmap is – as always – subject to change.

Indeed, it’s this very tentativeness that has led to the “Twitter backlash” above.

Namely, a year ago, Hoskinson envisaged that smart contracts would be up and running by now, and that hasn’t happened.

While the launch isn’t far off, the criticism is fair enough.

But that criticism can be – and should be – examined and rebutted with gusto.

There’s a reason for these delays, and that reason is specifically built into Cardano’s core with (among other things) the Project Catalyst program.

Case in point: We earlier reported that the Cardano stake pool saturation limit would halve in March as the k-parameter was primed to be raised from 500 to 1000.

This would reduce the point of diminishing returns for a given Cardano pool from 64 million ADA to just 32 million ADA, resulting in even greater network decentralization.

But going off of concerns raised in a round of Cardano Catalyst voting, IOHK and the Cardano Foundation decided to revise the roadmap for that launch, which is now slated for Q3 2021.

Community input forced this decision with solid, hard data. No other cryptocurrency gives its holders such a loud voice.

Decentralized governance is at the very heart of Cardano.

So if Cardano seems slow to the punch, that’s because it’s working as designed.

“…Hoskinson has always maintained that [Cardano is] about getting things right the first time around.

Cardano’s scientific approach upholds accountability, repeatable processes, and testing and iteration. While this may lead to delays, Hoskinson says it’s this that makes Cardano stand out from the sea of cryptocurrencies. In that, no other projects can claim to be as thorough in their approach.”

TL;DR: If you’re new to Cardano and thinking about buying in, get in before August, move your holdings to a suitable Cardano wallet, delegate your ADA, and buckle up. You’ve never seen G-forces like this!