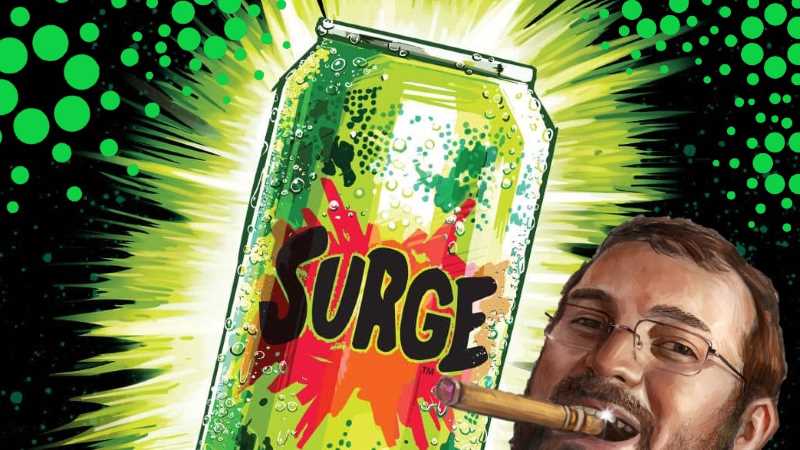 While Tron has been the standout non-stablecoin stable coin of the most recent crypto crash (it’s about the only top-50 crypto coin that’s actually up overall since the first of the year), it’s still not seeing the popularity – or the mainstream enthusiasm – that it probably deserves.

That’s a good thing for investors and the crypto community in general, of course, but it’s also a curious artifact of a market dominated as much by hype as by functional technological utility.

In fact, it can be argued that the dramatic majority of the cryptocurrency market is actually dominated far more by form over function.

And really, that’s not particularly shocking or notable. At least, not for anyone who’s been paying attention.

Since we launched ADA Strong – along with our ADAST stake pool – we’ve tried to approach Cardano (and crypto in general) from the perspective of the layman.

Now, we’re slightly better informed than the standard crypto layman, to be sure. But while we might entertain ourselves with some deep dives into the coins du jour on our own time, we’ve always considered it a crucial strategic move to approach ADA – and discussions surrounding ADA and the wider crypto space – in the most basic and broad terms possible.

Plus, we’re definitely not “experts.” There’s no way to hide that fact, and there’s no reason to obfuscate the reality.

Sure, we know a thing or two about Cardano and crypto, and that’s been enough to be a positive boon to our investment portfolios. And without a doubt, our level of expertise (or lack thereof, depending on your own level of expertise) is the best-case scenario for 80 percent or more of crypto investors and traders.

Most people haven’t got the necessary backgrounds in data science to understand the technicalities of the code or the true efficacy of one blockchain or smart contract concept over another. And since it’s not necessary to understand all that, only the truly curious will seek to sort through and grasp the minutiae.

Everyone else is going to go to a site like CoinMarketCap, Crypto.com, or their exchange of choice, check the prices of various coins and their recent trends, and make their buying and selling decisions accordingly.

Technical breakdowns filled with stock market jargon and the new English lexicon designed around cryptocurrency – beyond the classic “hodl” meme – won’t do any good for most folks.

Actually, we’d argue that this kind of approach – this weird sort of authoritative semantic gymnastics most outlets employ – could well do more harm than good when it comes to mass adoption.

See, most people neither know nor care how the Visa network actually works. Nobody is particularly interested in how a Mastercard debit card transaction communicates with their bank in order to process the funds for that tank of gas or that can of Coke. And nobody on the planet understands what’s going on with the US dollar.

It’s enough that it all works. That’s all that’s expected.

Crypto – should it ever come close to approaching its full potential – is going to have to function that way. The fine print and whitepapers and mealy-mouth mumbo-jumbo is going to have to be secondary to the coins themselves. The high-minding analytics will have to be targeted at the tiny extremes at the edge of the crypto investor curve.

As long as a common Google search for a given coin returns results that most people can’t understand, crypto won’t blow up like it should. At the very least, it won’t blow up as fast as it should.

Truly, this is more about psychology than it is mathematics or economics or any other hard science. Cryptocurrency has already proven itself to those embracing the latter disciplines.

It’s the psychological angle that needs addressing. We even have a few ideas of our own for the next Cardano Catalyst event when it comes to marketing ADA for maximum reach and adoption.

Consider: While events like the Cardano Summit are fun and exciting for nerds in the know, they don’t really do much for the crypto everyman. The everyman simply assumes that all kinds of partnerships and initiatives are going on behind the scenes anyway.

Yes, all the background stuff matters. Absolutely, the 90 percent of the iceberg under the surface is the meat and potatoes of any good platform. We’re not discounting that.

But it’s all just taken for granted by the majority, and that’s always going to be the case. So, in lieu of focusing on that stuff at the mainstream level, many platforms would be better off hyping that surface 10 percent.

Now, we’re not suggesting that Cardano needs a mascot or anything like that (Sir Charles is doing enough in that regard, besides). But as an example, think about something as simple as more being more.

Case in point, Bitcoin has a very real problem these days when it comes to messaging.

A single Bitcoin is worth tens of thousands of dollars, right? When a new crypto user gets off the fence and decides to jump in, most people would obviously recommend that said beginner begins by buying some BTC.

(Except us. Naturally, we recommend getting lots and lots of Cardano right out of the gate.)

But the problem is that anyone with $100 or $500 or $1000 to spend on crypto is only going to get a tiny fraction of Bitcoin with that money. No “normal” person wants to turn hundreds of something into hundredths of something.

Even though the key metric is the percentage delta and not some unbound comparison of unrelated total units, that’s just the way it is on the psychological side.

We can’t tell you how many times we’ve almost talked a friend or acquaintance into buying some BTC only to hear them lament in the end:

“What’s the point, though? I can’t even get a whole Bitcoin with that.”

This matters to people.

It’s also why we recommend that the Cardano Foundation get ahead of this by marketing Cardano in smaller branded denominations in addition to the single ADA coin standard.

When ADA pops off and is trading at $50 per, it might be easier to sell a newcomer 25 Shellies or 100 Gogies than a measly half an ADA. Of course, there’s a limit at the other end, too. Nobody’s going to be all that interested in buying 50,000 Hoskinsons.

And that’s just one example.

Anyway, you get the idea.

All that aside, right now – in this moment – we’ve actually got bigger fish to fry.

Over the weekend, the Cardano price was hovering around $0.45 per ADA coin, and while we moved some cash into our exchange account, we didn’t actually pull the trigger. Then this happened.

So while we’re obviously glad that Cardano was the biggest gainer over the last couple of days, we’re not actually all that thrilled about it. Our timing was off, and a few grand now goes a lot less of a long way than it would’ve just two or three days ago.

To be clear, we weren’t holding out for some nebulous hard nadir, some basement that could go no lower. That kind of thing is impossible to predict. We were happy to buy ADA at $0.45 – we just didn’t. We were complacent that we could get back to it later. And then this or that came up, and boom: $0.62.

Fortunately, the Cardano price today is down a good 10% or so from its 24-hour high, with ADA trading at $0.56 per coin at the time of this writing.

As such, as soon as we hit “publish” on this rambling missive, we’re going to fire up Coinbase Pro and get to getting while the getting’s good.

So that’s where we’re at. We missed the boat, but – when it comes to crypto – there’s always more than one, and none of them is all the way out to sea just yet.

Except for Terra. That stuff has fallen right off the edge of the flat earth.

It is truly ironic that Terra will never make it to Luna.