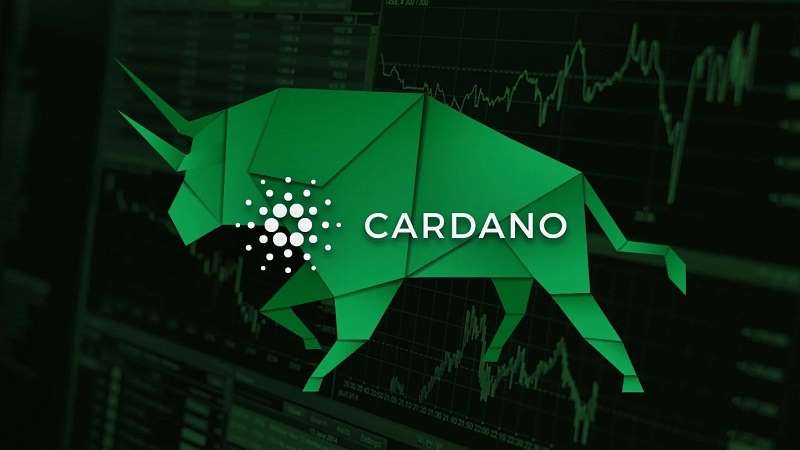 Cardano ADA, our favorite cryptocurrency (natch), has been absolutely killing it over the past several weeks.

Today, it eclipsed $0.50 per token in market valuation, and at the time of this writing, the coin is trading at exactly $0.51 per.

The price of Cardano hasn’t been this high in nearly three years, ever since its precipitous fall from its all-time high of $1.17 or so back in January 2018.

Of course, ADA wasn’t alone in that fall, as all the major coins of note – even the most-traded stablecoins and the granddaddy of them all, Bitcoin – tumbled off the cliff at the same time.

Indeed, in many ways, it’s that last point that seems to matter most: As BTC goes, so goes the rest of the industry.

And with ADA’s resurgence now, there’s still some truth in that.

But usually, altcoins like ADA – even those in the top 10 (again, like ADA, which is currently the sixth most traded crypto according to CoinMarketCap) – trend upwards at a slower rate than BTC.

That’s not always true, of course, but it’s usually true.

So when something else is going on, it pricks up our ears a bit.

Now, you can always find in-depth analyses on Bitcoin, altcoins, how they compare and feed off one another, and how the market works as an analog or counterpoint to typical stocks and bonds, Wall Street investing, and so on.

There are many such sites on the Internet, and some of them, believe it or not, are even actually worth bookmarking!

But at ADA Strong, we like to keep things simple. Because sometimes, even things as complicated as cryptocurrency are actually pretty simple.

This is one of those times.

So, why is Bitcoin hovering a few thousand dollars under its all-time high while ADA is suddenly rocketing up the charts?

And yes, these are basic.

There’s not a lot of nuance in our analysis here, because there doesn’t need to be. A deep understanding of the crypto market is necessary for some, and it’s served us well over the last decade.

But for any market to work, it must work for those with neither the time nor the energy to go down the rabbit hole and analyze every last complication.

If a market isn’t at least superficially easy to understand, it’ll never get big enough to be profitable for anyone.

Such is the case with crypto.

And this preface is important not just to briefly explain Cardano’s sudden spike, but also in this way:

The main reason why the cryptocurrency isn’t taking off at quite the pace we think it should is simply that newcomers are intimidated by crypto itself.

They think they must understand the inner workings to safely invest, speculate, or trade. This holds them back, and it holds the marketplace back.

Try to get fancy with your analysis, and you’ll please the nerd fringe that needs no pleasing, but you’ll fail to convince the rank and file that desperately need convincing.

So for all you rank and filers, the following is – in a nutshell – why ADA’s doing so well at the moment, and it’s why you should get in sooner rather than later.

First of all, it must be pointed out that Cardano is fundamentally superior to many cryptocurrencies thanks to its unique Proof-of-Stake (PoS) system, exemplified by the recent fork to the Shelley Era and the advent of live ADA rewards.

This makes it compelling in a vacuum.

As the Shelley Era has turned epoch over epoch since its launch on July 29, 2020, more people have taken note of the rewards system and have invested accordingly.

The fact that the Cardano network has built-in protections against the centralization of delegate pools is another reason why ADA has taken off.

This, it turns out, has been one of the biggest problems with Bitcoin – In order to verify BTC blocks, individual miners can no longer play.

BTC is effectively verified – and thus controlled – by about half a dozen corporate server farms around the world.

Indeed, in the case of Bitcoin, the dramatic increase in BTC value over the last few months – which saw its ATH effectively double – is the result of literal corporate meddling.

Big companies and investment houses are buying up the stuff, and while that drives the price higher, for many crypto enthusiasts – especially crypto purists (yo!) – it also drives confidence lower.

We look for alternative coins in which to invest.

Cardano is a very attractive alternative.

Wall Street Is A Lie

But the biggest answer to “Why now?” is, by our reckoning, “Because GameStop.”

If you’ve been paying attention to the machinations of the financial market, you’re certainly aware of the GameStop “debacle.”

Here, a group of savvy individual investors on Reddit banded together to boost GameStop shares to new heights.

They effectively shorted the short sellers, or those Wall Street traders and hedge fund managers that make money manipulating shares so struggling public companies crash and burn all the faster.

Now, that’s significantly minimizing the reality of what happened, but effectively, Wall Street and its confederation of professional traders were outsmarted by Joe Average on the Internet.

And as a result, these corporate traders were able to successfully block private traders from buying shares of GameStop (and a few other similarly targeted brands).

Companies like Robinhood, Webull, Charles Schwab, TD Ameritrade, and others all banded together to monopolistically limit free market access to the quintessential free market.

CEOs may be going to jail, but meaningless fines are more likely, and Joe Average – while he won for a nice hot minute – is, again, the ultimate loser.

If he stays in the stock market.

But Joe Average is also aware of this new crypto thing.

And so Joe Average, annoyed and disheartened by the rich getting richer at his expense, is migrating to a platform where he’s actually got a chance.

So ADA’s up, and we’re pretty psyched.

And while it’ll be some time before Cardano surpasses its ATH, we think it’s still a good time to get in.

The sky is the limit, folks. So scrounge up a few bucks and strap yourself in for the ride.