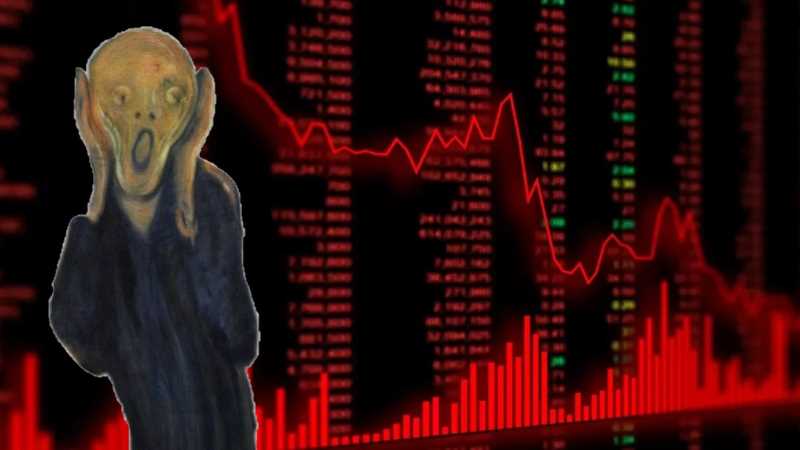 So, did we snatch you up by your panicked Google search query, or what?

Well, probably not. There’s a lot of hype and lot of Cardano FUD floating around out there, and we’re pretty sure every crypto blog on the planet knows how to use Google suggestions.

Even still, here you are. And whether you’re a crypto n00b or a seasoned ADA investor, you probably want answers to those questions.

Fortunately, we’ve already addressed this issue, and our advice is the same for both kinds of folks (and everyone in between): Buy the dip.

If you want a more technical answer, Cardano is down because all crypto is down. Remember, the market is still tied to Bitcoin, and whenever Bitcoin drops in value, you can expect most other coins to follow suit.

Very rarely does BTC undergo a sustained drop while other top 20 cryptos go on a sustained rise. That might happen for a day or two – maybe a week, tops. But eventually, over several weeks and months, all crypto goes as Bitcoin goes.

So, in the most pragmatic terms, that’s the answer.

Sure, plenty of crypto outlets and analysts will crunch their fancy numbers to try to pass along more “insight,” but all that posh is mostly academic.

Nevertheless, it’s good to stay on top of such Cardano news, because that’s how you’ll come across these kinds of developments:

Are you bullish on $ADA?

For more on that, here’s this (via Cointelegraph):

Charles Hoskinson’s blockchain has again become one of the most active networks by transaction volume as it approaches that of Bitcoin’s, but none of that has helped the price of ADA.

The Cardano blockchain has experienced an explosion in on-chain activity and now trails only Bitcoin in current 24-hour transaction volume, surpassing Ethereum in the process…

So, again, why isn’t the Cardano price going up?

Because, again, the Bitcoin price isn’t.

It’s really, honestly, genuinely as simple as that.

To better contextualize the current ADA price – and whether or not it’s some kind of “sky-is-falling” catastrophe – it helps to compare the ADA dip to other dips.

For that, we’ll compare the current top 10 crypto coins (via CoinMarketCap), excluding stablecoins like USDT, USDC, and BUSD.

The percentage difference for each asset shown below is taken by pitting today’s active trading prices against each coin’s 2021-2022 high (which will usually be its all-time high, or ATH).  Losses are in red, while gains are in green.

As you can see, there’s no green up there.

As you can also see, the ADA price has indeed fallen off bigly from its ATH last year, but so has the price of every major coin. And no top-ranked cryptocurrency has survived this market-wide dip without massive losses.

Of the coins listed above, Terra has dropped the least…at 39 percent.

Yes, ADA has dropped more than stalwarts like Bitcoin, Ethereum, and Binance Coin, but it’s not fallen appreciably more than Solana, Polkadot, and even Ripple.

Dogecoin can probably be written off as an outlier given its memecoin status and the competing habbening with Shiba Inu, but even DOGE’s future (or lack thereof) might be too early to call with any confidence.

But if you still need some extra hope because you remain pessimistically optimistic, here you go.